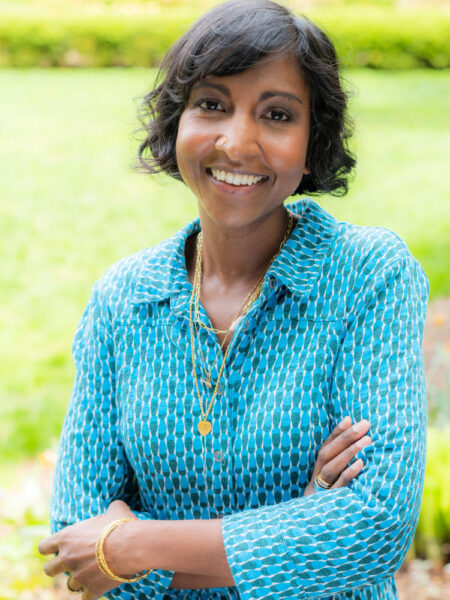 Dr. Anna Arabindan-Kesson is Associate Professor of African American and Black Diaspora Art at Princeton University, and jointly appointed in both African American Studies and Art and Archaeology. Prior to completing her PhD in the United States, Anna was a Registered Nurse. She trained in NZ, and worked in Australia and the UK. This project grew out of a course Anna taught in Spring 2020 which coincided with the COVID-19 pandemic. It brings together her professional background as an art historian, and her experiences in healthcare where she was taught by, and worked with, First Nations women who modeled how to see critically and think reflexively about the inequities of a system that did not address the health disparities of First Nations Communities and people of color. Seeing critically is also what art historians do as they address how representation shapes social relations and claims for equality. Art Hx’s emphasis on the visual bridges these two different, yet connected, forms of analysis in order to redesign harmful ways of seeing, thinking and treating each other. 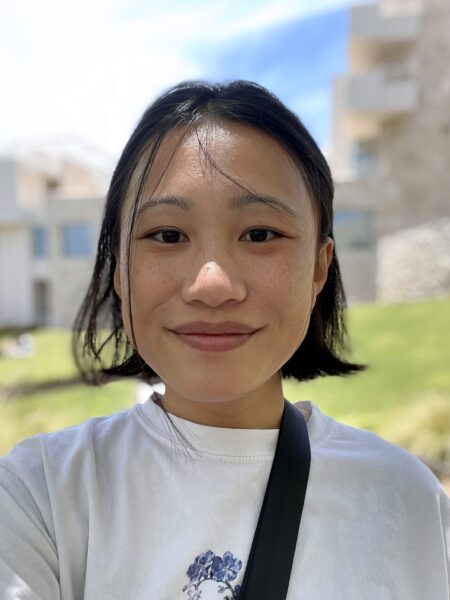 Nancy Ai (she/her) is a Post-Professional M.Arch candidate in the department of Architecture at Princeton University with special interests in tactility and material experience. She earned her B.Arch from SCI-Arc where her thesis, a maternity hospital, questions tactility within medicalized spaces beyond the human experience and outlines a representational, material, and organizational sensibility that responds to the current digital technologies and dynamic environments. She is a trained architectural designer with experiences in prefab home construction, graphic design, and operations data research for the Wende Museum. Nancy also founded a series of design research installations called “Local Jitters” which interrogates architecture’s influence on social and gender norms through specific interior detailing.

As a member of the Art Hx team, Nancy is especially excited about conducting research on medicalized spaces and the influence of medicine on demarcating geographical and social boundaries. Through powerful projects like Art Hx, she also hopes to further investigate topics of colonialism and racial capitalism in a historical and aesthetic framework. 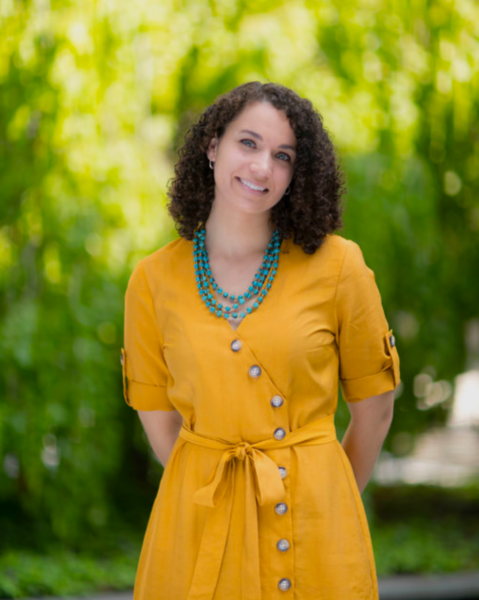 Charmaine Branch is a Ph.D. candidate in the Princeton University Department of Art & Archaeology working towards a graduate certificate in African American Studies. She studies modern and contemporary art of the African Diaspora with a focus on Black Feminist literature and theory. Her dissertation explores the collaborative possibilities of community-focused archives. Charmaine holds a B.A. in Art History from Vassar College, an M.A. in Modern Art: Critical and Curatorial Studies from Columbia University, and recently received an M.A. from Princeton. She previously worked as a Curatorial Fellow at The Studio Museum in Harlem and the Museum of Modern Art in New York City. Charmaine is frequently in conversation with contemporary artists and has contributed to several art publications.

As a member of the Art Hx team, Charmaine is committed to fostering an ethics of care when revisiting histories of colonial medicine. She believes in reading with and against the archive to bring awareness to colonialism’s impact on Indigenous, Black, and Brown women’s reproductive health. She is especially interested in understanding how visual representations of enslaved women continue to influence contemporary medicine. 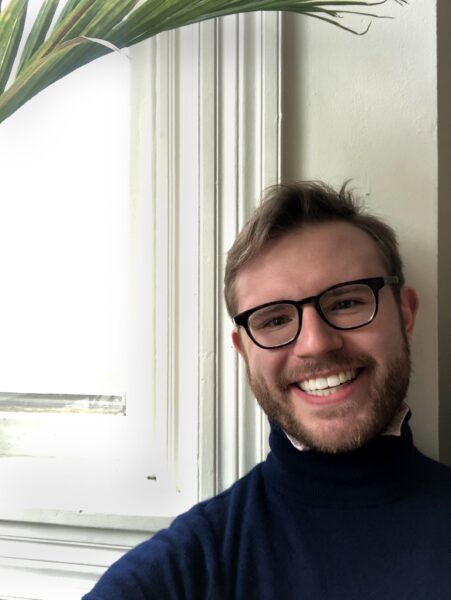 Joseph Litts (he/him) is a Ph.D. student in the department of Art and Archaeology at Princeton University, where his research focuses on art made in and around the Atlantic basin by Black, European, and Indigenous creators in the long eighteenth century. He has published on collections and afterlives of Cherokee rivercane baskets (talu-tsa), as well as the racist material histories of carved alligator souvenirs from the US South. Joseph earned his M.A. from the University of Delaware, where his thesis, Materials, the Body, and Race in the Early Modern Franco-Swiss Atlantic World, asks how allegorical figures of the four continents fetishized bodies to merge the human form and luxury objects as part of the French Académie’s quest to visually articulate and thus naturalize colonial expansion. He is particularly interested in the cave as a sight of challenging bodily integrity and the ways bodies and their representation in portraiture became more porous and permeable through European colonialism. Joseph has held positions at the Museum of Modern Art (New York), the Crystal Bridges Museum of American Art, the Georgia Museum of Art, and the Colonial Williamsburg Foundation.

As a member of the Art Hx team, Joseph is particularly interested in considering absence and the body, as well as medicine’s dual legacy of protecting and harming, and how these connect with eighteenth-century art’s multiple valences of preservation, destruction, and survivance. How can scholarship of past objects and stories help us care for each other in the present? 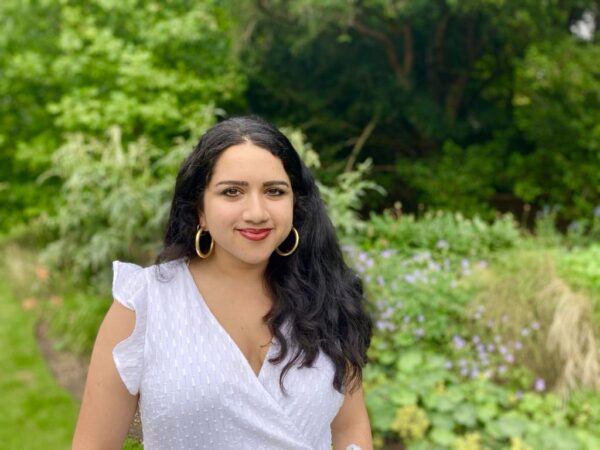 Nicole-Ann Lobo is a Ph.D. student in the Princeton University Department of Art & Archaeology, where she researches exchanges of religion, art, and revolutionary ideas between twentieth-century India, Portuguese East Africa, and Latin America. Her M.Phil thesis in Cambridge’s department of Modern South Asian Studies explored the prose and paintings of the Goan Catholic artist Francis Newton Souza, situating his practice alongside a broader sacrificial attitude towards art and political change held by some post-colonial subjects at the end of the Portuguese Empire. Before starting her PhD, Nicole-Ann was a freelance writer and editor, and she continues to work for Third Text Journal, the leading international journal of global perspectives on contemporary art since 1987.

Nicole-Ann is excited by Art Hx’s potential to bring awareness to undertold stories about how modern science and medicine have been shaped through colonialism, and how that legacy continues today, especially in regard to challenged understandings of health and wellness. She is particularly interested in the relationship between capitalism and the notion of environmental “disaster,” and how faith in medicine has been propagated through religious authority. 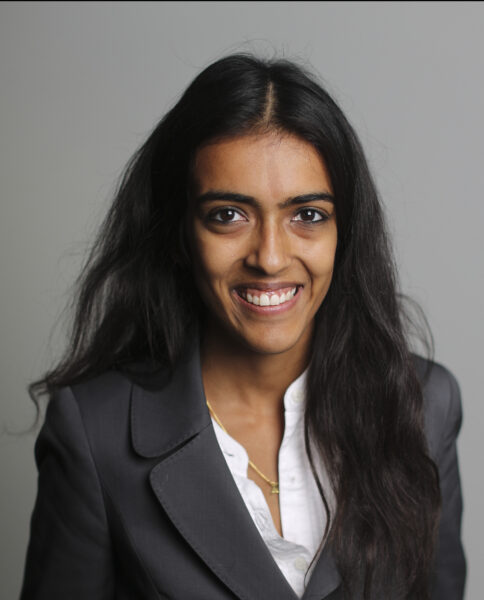 Aliya Ram is a Ph.D. student in Comparative Literature and the Interdisciplinary Doctoral Program in the Humanities at Princeton University. She researches the figures and forms that emerged from the dissolution of the French and English empires, focusing in particular on aesthetic innovation in twentieth century South Asia and the Caribbean. Aliya’s other areas of interest include critical theory, psychology and feminism, and she is pursuing graduate certificates in Gender and Sexuality Studies and African American Studies at Princeton. Art Hx intersects with Aliya’s interests in the relationship between colonialism and science, psychology, and anthropology. She has joined the project to deepen her understanding of how aesthetic works deal with this relationship.

Aliya works with materials in English, French and Hindi, and also reads Chinese and Spanish. Her translation of Pluriversalisme décolonial is forthcoming from Rowman & Littlefield. Before starting graduate school, Aliya worked for five years as a news reporter with the Financial Times, and her work has appeared in academic and non-academic publications including Critical Inquiry, The Guardian, the Washington Post and the BBC. She is also a writer of fiction and poetry. 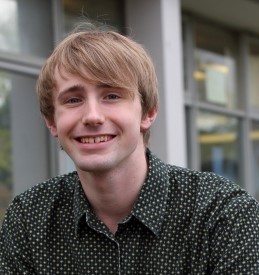 Benjamin Roberts is a fourth-year undergraduate student in the Department of Sociology, with certificates in French Language and Culture as well as Statistics and Machine Learning. Before coming to Princeton, he lived in Cardiff, Wales. His research interests lie in the sociology of culture, investigating how we shape cultural objects along with the ways they shape us in turn. The subject of his senior thesis is looking at how interpretations of public art on a university campus are generated and transmitted. In Art Hx, he is especially interested in investigating the construction of race and its relation to diagnosis and treatment. As social media manager for Art Hx, he is looking forward to broadening the reach of the project, seeking to engage diverse health practitioners as well as academics and students from a variety of disciplines.

Dennis Schaefer (he/him) is a Ph.D. candidate in the Department of German at Princeton University and Art Hx’s current Grant Writing Fellow through the GradFutures initiative at the Princeton Graduate School. Dennis has a vested interest in the study of literature, media, and cinema. His dissertation focuses on the forms and functions of amanuenses in Germany around 1800, with a particular emphasis on duplication, dictation, and composition. Other areas of interest include (Western) Marxism, Expressionist Film, and Holocaust memory. Furthermore, he has written on contemporary German authors like Olga Grjasnowa, Sandra Gugić, and Anna Prizkau.

Dennis earned a B.A. in English and German literature from the University of Cologne in Germany, spent a year as an exchange student at the University of Warwick in the UK, and earned an M.A. from The Ohio State University. Before coming to Princeton, he was a research fellow for a multi-national research project at the Center for Central European Studies at the Technical University of Dresden which focused on literary sites of memory in the regions of Saxony and Bohemia.

Dennis brings to Art Hx an interest for interdisciplinary and intermedial research angles. During his tenure as Grant Writing Fellow (Winter-Spring 2022), he helped the Art Hx team write and secure several grants to grow the project. 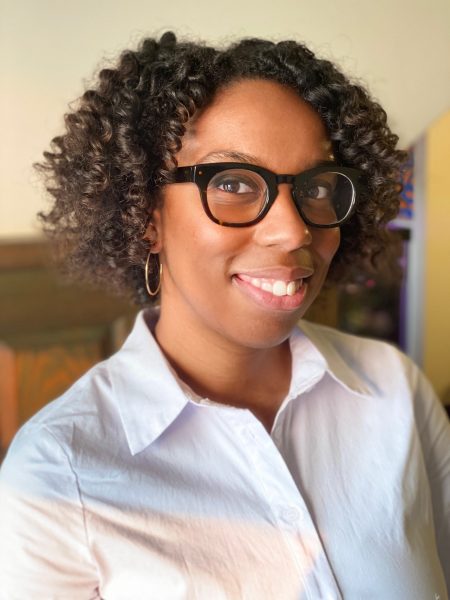 Jessica Womack is a Ph.D. candidate in the Department of Art and Archaeology at Princeton University and is pursuing graduate certificates in African American Studies and Latin American Studies. She studies modern and contemporary art from the Caribbean, Latin America, and the United States with a focus on African Diasporic religions and their iconography and visual culture in postcolonial and post-revolutionary contexts. She is especially interested in nation-building, identity (re)formation, diaspora, and performance. Her dissertation focuses on Jamaican art after independence in 1962 and examines the connections and negotiations between artists, arts institutions, and Jamaican, British, U.S., and Cuban government officials; her work has been supported by the Paul Mellon Centre for Studies in British Art and the Social Sciences Research Council. She received her A.B. in art history from Dartmouth College in 2014 where she was a Mellon Mays Undergraduate Fellow and her M.A. from Princeton University in 2019. Before starting her graduate work, she held curatorial and programming positions at the Hood Museum of Art and the Museum of Modern Art, and she has participated in the Studio Museum in Harlem’s Museum Education Practicum. She was selected as a 2021-2022 Curatorial Fellow in Afro-Caribbean Art by the Caribbean Cultural Center African Diaspora Institute.

Jessica is motivated by ArtHx’s commitment to visualize and emphasize how colonialism has shaped modern-day medicine and science. She is particularly interested in thinking about colonialism, racial capitalism, sugar, and diabetes as well as the disparities in prenatal healthcare that overwhelmingly impact Black, Brown, and Indigenous women and lead to disproportionately high rates of maternal and infant mortality around the globe.